Genetics is a complex and complicated subject even for most geneticists. The simple genetics we all learned in high school or college biology just touches upon easy to understand genetic elements. Trying to simplify complex genetic interactions often results in misinterpretations and misconceptions. We attempt here to explain things in simple terms with minimal error or misinterpretations.

Introgression or hybridization between species is a natural part of the evolutionary process and all modern-day life forms, from plants to mammals, have undergone introgression at some point in their evolution. The "Higgs" bison, allegedly the result of cross breeding (hybridization) between the ancestor of cattle (the extinct Auroch) and the Steppe Bison some 120,000 years ago [3, 4] is an example of ancient introgression in the evolution of modern-day bison.

Another example is the introgressive hybridization or admixture between humans (Homo sapiens), Neanderthals (Homo neanderthalensis), and Denisovans (Homo denisova) that occurred some 100,000 and 40,000 years ago, both before and after the out-of-Africa migration some 70,000 years ago [5, 6]. As a result, Neanderthal-derived DNA can be found in the genome of contemporary populations in Europe and Asia, accounting for between 1% and 6% of modern human DNA. The highest rates of admixture overall have been found in indigenous Oceanian and Southeast Asian populations, with an estimated 4–6% of the genome of modern humans being derived from Denisovans [7].

It is well documented that most of the ranchers that saved the bison (including the 5 so called "foundation herds") were primarily cattle ranchers that experimented with creating cattalo. This is a historical and scientific fact [9-12]. The cattalo (similar but not exactly same as the Beefalo) is a bison-cattle hybrid created in the late 1800's and early 1900's by crossing a male bison with a bovine female. This first generation cross (F1) of the bison bull and bovine female produces predominately females as the males, if born at all, are sterile.

The purpose and reason for crossing bison and cattle was an effort to incorporate favorable agricultural traits from bison into cattle, including meat quality and quantity, hardiness, feed efficiency, and disease resistance [10, 13]. Bison bulls were crossed with domestic cows because the reciprocal cross, domestic bull and bison cows, would not mate (the beefalo is the reciprocal cross). This cross has low birth rates (Boyd [10] reported abortions in over 50% of bred domestic cows and the few males that were born died within 24 hours). This F1 hybrid cross between the bison bulls and domestic cows produced female offspring that had 50% autosomal (nuclear) cattle ancestry, 100% cattle mtDNA, and 0% cattle Y ancestry. As a result there is an excess of cattle mtDNA ancestry in modern-day bison and a deficiency of cattle Y chromosomal ancestry [10, 14]. Although these first generation F1 females could be backcrossed with bison bulls to produce predominately females and a few sterile males [10], the preferred backcrosses were to domestic bulls so that commercially favorable bison characteristics could be introduced into cattle.

What is generally overlooked is the fact that the bison-cattle crossbreed in the first generation tend to look very much like purebred bison; appearance is completely unreliable as a means of determining what is a purebred bison and what is a crossbred hybrid [9, 12]. Subsequent crosses with bison makes the distinction even more difficult. As noted by Hornaday "no difference whatever observable between this lusty young half-breed and a full blood buffalo calf of the same age and sex" and that these hybrids "so strongly resemble a pure-blood buffalo as to be generally mistaken for one". It is thus not surprising that some of these hybrids may have been mistaken for pure bison.

The idea behind creating the cattalo (or beefalo today) was the hopes of combining the superior hardiness, foraging ability, calving ease, and meat quality of the bison with the fertility, milking ability, and ease of handling of the bovine [9, 12]. When thousands of cattle died during the Kansas blizzard of 1886 [15], and the bison survived without any noticeable loss, bison-cattle hybrid experiments hoped that these hybrids could better survive harsh winters. Charles Goodnight, Michel Pablo and Charles Allard, Charles "Buffalo" Jones, all experimented with cattalo and often traded these animals amongst themselves and others [9, 10, 12].

The great successes made by these early pioneers regarding their cattalo were not entirely truthful [10, 14]. These animals (bison bulls crossed with bovine females) had low fertility resulting in low birth rates. Females that became pregnant, presumably due to the calf size at birth, often resulted in both the calf and cows death. In addition, male calves were either born dead or were sterile; thus only female crosses survived. This F1 generation consisting of only female will have implications in determining bison-cattle introgression. Eventually the bison-cattle crosses and hybrids were discontinued as the problems with the hybrids were revealed.

Nevertheless, although the cattalo experiments were discontinued, all modern day bison were exposed to cattle introgression and the fingerprints of these early experiments are present in many modern-day bison populations.

The presence of cattle introgression markers, and hence cattle genes, may be spreading exponentially through the bison industry due to the general disregard of the issue by the industry and breeders alike. It may only be a matter of time before there are only bison hybrids remaining. By definition, a bison with evidence of introgression and the presence of modern-day cattle genes is a hybrid animal.

Next Articles in this Series:

This is a Newsletter series sent to over 1500 bison producers in 2018 in hopes of stimulating the industry to stop poluting the bison genetics. The complete series can be found below or as PDF files as follows:

The original introgression page can be found HERE 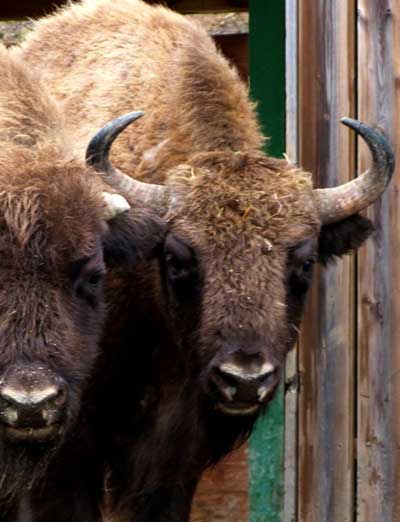 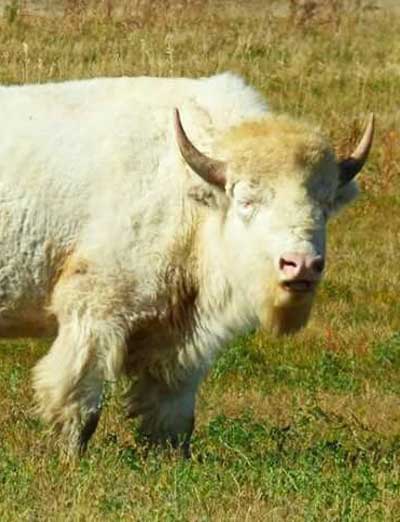